A personal message to Steven Spielberg

Dear Steven (may I call you Steven?),

I recently read in an interview you gave to the French magazine Télérama that one of your futur side project is to exchange cultural perspectives between Israeli and Palestinian kids by way of having them showing their daily lives to each other.
What a coincidence! It just so happens that not such a long time ago, I did a project called RAW which was actually about cultural exchanges and audio/photographic impressions of daily lives (as a way to apprehend stereotypes). We carried the heart of this project in Mali and it was an amazing experience for all the people involved.
I cannot but imagine how this project could be of an interest to you and I'd be happy to tell you more about it. Especially because I had once the plan to do a RAW workshop with Israeli and Palestinian people as well.
So Steven, I'd love you to call me. And in case you happen not to read this blog regularly (I don't see how it can be but one never knows), would the readers of this blog who have access to Steven S. pass on the message?
That'd be swell,
Thank you, 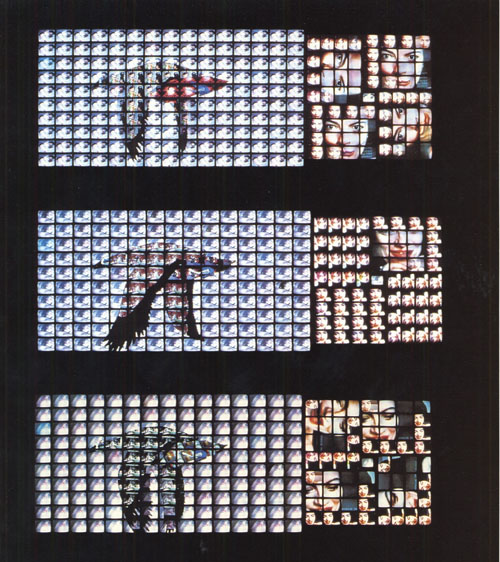 Video Art central figure is dead.
In direct lignage towards contemporary digital and electronic arts, his bright, colourful, and lively environment is a delight to dive in.

Just how unified Europe really is in musical tastes?

here is a sample of the #1s of european charts this week :

Germany : Mattafix's Big City Life (a very well crafted song, i have to say), Italy : Madonna's Hung Up (what a surprise.. btw she's number one also in Spain), in Belgium James Blunt is on top, while in Denmark Katie Melua is the queen.
UK remains the rock nation with the Artic Monkey on #1, while in France the r'n'b french singer Amine beats everyone else (maybe thanks to his Fred Perry tops?).
Seems like there's some work left for us europeans..


is another world possible ?

Those sneakers are made from bio/fair trade coton and rubber from the nordeste of Bresil and the production is tied up to local cooperatives. Read more on the website (in French, though). A very nice concept and business that tries to make a difference and has already seduced several rockheads from the UK! And if it's brit, you know it's hip!

ps: hey, what does our park ranger friend from Richmond, Virgina think of those ? let me know...

Winter is a Blonde

Recently, I was browsing the magazines section of the WHSmith store in Paris (under the arcades of rue de Rivoli, few steps from la place de la Concorde). Suddenly, I had a moment of awareness of what was in my scope: 4, maybe 5 feminine magazines covers aligned next to each other in a perfect ensemble. All the women posing were blonde, young and belonging to the new generation of hip actresses. It was like all the editors converged to provide a sample of the essence of the who's who in Hollywood these days. A bit overwhelming, overall.
I thought I should reproduce as much as I could the experience for you. (I added the covers of Vanity Fair and Interview who were not exactly right next to the other ones but not at a far stretch). 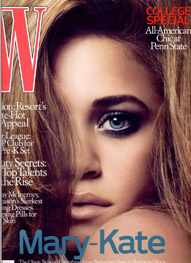 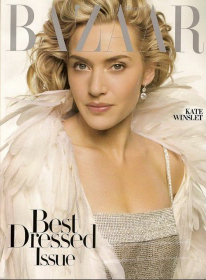 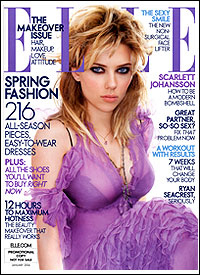 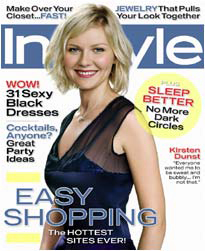 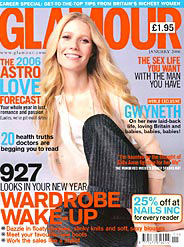 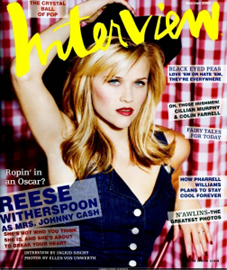 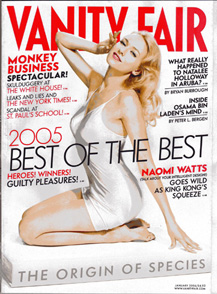 The letters that matter

A glimpse at the "24" website to check when the 5th season starts (actually next sunday night) - and I couldn't help but copy/paste a post from the message board featured on the homepage: "You know you're obsessed with 24 when... you try to get into California Tech University just so you can say "I'm associated with CTU".

Sunday, it'll be ten years that François Mitterand is dead. Ten years since I bid my farewell to this man that I truly and profundly admired and cherished for the change he brought to France. The evening of his death, I went with Renaud to the Place de la Bastille, a traditional meeting place for socialist celebrations and queued under the rain to enter one of the many white tents available where you could write some words in the notebooks on display. I don't remember what I wrote, to be honest. But strangely enough, I remember what Renaud wrote down in his own particular humorous and sharp style: "Say hi to Jaurès!".
I think I probably wrote something about the night of his 1st election in 1981. I was only 6 but I knew that something important had happened. I was with my parents at my aunt's apartment in the very bourgeois 6th district. And as the image of our new president appeared on TV, the air got filled with joy and laughter.
In 1988, the day after he got elected again, a classmate carried a poster from his campaign in school, in victory. Of course, the headmaster asked him quickly to put it down because political signs are forbidden in school but I do remember the uncontrollable smile on his face as if the day could allow to be slightly permissive.
Despite the huge criticism, sometimes highly justified, that followed his 2 terms, I remain strongly attached to our former president, and maybe nostalgic. It's always with sorrow that I watch images from him: much to my embarrassment, I can't help but cry when I see a documentary about him.
I grew-up with him in the background, in a very culturally creative environment that got possible only because he was in power. If you're not familiar with contemporary french history, you should just know that there was a France before and after 1981. Before 1981, it was daddys' owned companies, with women - when they would work - bringing coffees to their patriarcal bosses, it was 3 state-owned TV channels, it was death penalty, it was bourgeoisie values carried by the government. After 1981, it was Europe, it was Grace Jones and Jean-Paul Goude, it was free radio, it was a series of strong social actions, it was gay-friendly and cosmopolitan.
Today, by the way, you can feel only but a strong regression in France: the right wing is in power since 4 years and I've the impression that if they could make us more forget that there had ever been a left-wing at the head of the state one day, they would. The air is filled with fear of the other, good old secure values like marriage, family, bio food and career, and growing gaps between people who watch TV and people who dream to be on it.
What a shame Mary Jane.

Girls just want to have tools...

Did you think that the words "pink" and "hammer" don't get along so well ?
Well they may not rime so good, but it was time for a little change in the
DIY department, and in 2006 the ladies are taking things in hand with this wonderful, useful (and pretty, of course) Pink Toolbox.