Brief Encounter or The Art of Title

Finding a title for a project is often the most gratifying and empowering part of the creative process. It's setting somehow its identity, its tonality - this pop-song-like element that people will remember. Book authors are really good at it (think "a catcher in the rye", "me talk pretty one day", "io non ho paura" - books that I'd buy if it was just for the sound of their titles). When you give a title to an artwork, it's when you start to have a distance, to see it shaped. Somehow it's the beginning of the end, the reward before letting it go.
For my own work, I usually like 1-word titles ("superficiel", "kindergarten", "passages", "raw", "palpitations"...) but for my current project, I'm stuck.
I was offered few months ago to propose a project for a collective exhibition around the theme "ithyphallic" (= related to / or / presenting a phallus in erection). After working on it for a while, I feel it's now time to find the perfect title. Problem is my raw material for the project is movies, which each already bear very intimidating titles ("brief encounter", "prick up your ears', "parting glances", "i know where i'm going"...)
I must say that I'd hate being referential - using the easy way out with a pop culture expression that's been recycled over and over again. Not that I dislike them. But it seems that art and design these days can't not be but over referential. They're not creating their own trends but rather using/altering/diverting past ones to be validated. Pop is really by now eating itself. And I'm its reluctant prisoner. Which is why I'm fighting the temptation to use titles such as "dreams are my reality" (something French people can get), "i was the dreamweaver but now.." (something Macromedia already stole from John Lennon), "imitation of life" (no way i can pull a Douglas Sirk like that).
Maybe it's just my ego making me think that I can think of something so original, so exceptional that just like a pop song, it would infiltrate someone's brain, sucking all its concentration skills, growing slowly in the memory area so that ultimately, some day it'll come out in the idea-finder area, masked under a brand new persona and making think the brain holder that he's a genius... What's under the sun, again?

No breakfast on Saturday

I didn't want to give in to the pessimism that is seizing the cinema world in France about the financing and distribution of independant and authors' movies. I thought in all honesty that there was enough room for everybody, and in particular in Paris which is the city in the world with the highest number of cinema theaters.
Well, until yesterday. When I felt like seeing "Breakfast on Pluto" by Neil Jordan and I was shocked to realize it was no longer on screen. Just after 1 WEEK of release. I blame Pathé and Gaumont in charge for their super lousy distribution job. Congratulations! Next time please give us the week notice...
And in general, if I can add a friendly note, this type of strategy will SO help fighting illegal downloading... Just the right way to go!

Official opening of the Travelling Season 2006

The past week I was first in Dublin and then in Scotland (Inverness and Kirkwall on the Orkney Islands).
It's been about a year since I moved from Dublin. I indulged myself a very nostalgic week-end with fellow former Dubliners: Marije, Ari, Karen, Vale, Matt, Dave... and MLE honorary members by way of flatmateship, Edson and Phil... and friends still in town, and new friends who have more recently joined the circle...
First striking thing: how the little things of everyday (the 123 bus, the roads to MLE, the sound from the traffic light...) resonate like present threads into a past which realness I'm sometimes doubting.
Also stunning was the easyness we all felt getting back together into our old habits of being together, drinking - a lot - and dining - a lot -, laughing and telling our hearts.
Apart from that, I'm still convinced of the waste that is the closure of MLE. Such a diversity of people coming from all kinds of backgrounds and cultures with knowledge to share, to expand and to build and create upon. In the HC group alone, we were italian, dutch, american, irish, spanish, british, french, japanese, german. Where else can you see that? The other time in my life I encountered such a melting-pot was at Nofrontiere in Vienna (although I didn't live there as long and the mix was less intense). I think I miss being in an environment where not only I am a foreigner but everybody around me or almost is as well. The community of exiled ones celebrating life in a very intellectual and physical way...

My second trip shortly after was a business one in the very north of Scotland, in the Orkney islands. I traveled to Scotland a few times last year, to meet different actors in the Cultural/HCI research field, each time in a different location (Inverness, Cairngorm Mountain, Western Isles, Shetland). Like always, I feel I don't have enough times to enjoy the place. Landscapes are often amazing and I was happy to take many pictures, including those you can see here. Orkney's cultural world is very close to the Scandinavian's and it's an interesting mix with the more traditional Scottish aspects. I should go back there soon, therefore with more opportunities to immerse myself in the local feel. (Incidentally, I had in the Kirkwall hotel the best crab cakes ever).

It's nice to travel again after a 5-months break (except for 1 or 2 short trips in France). As many other travels are on the stove being prepared (Montreal, London, Berlin among others), I feel it's this time of year again, transport hunting has begun... 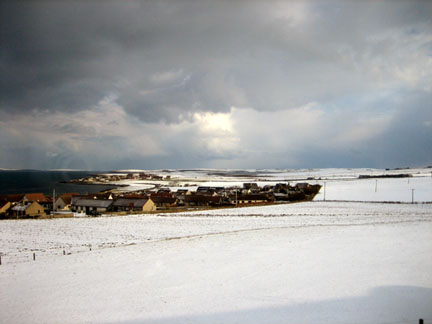 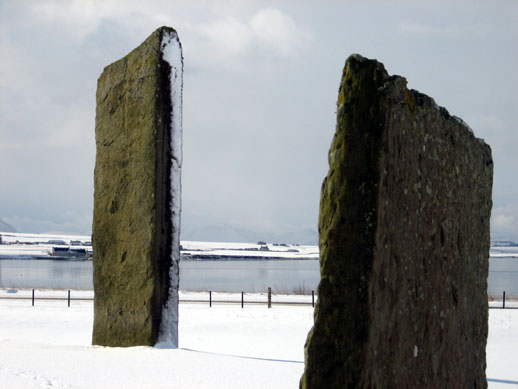 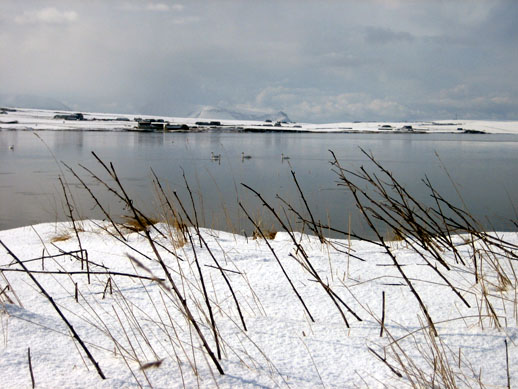